Blues-rock superstar Joe Bonamassa is one of the most celebrated performing musicians today. A three-time GRAMMY-nominee, Bonamassa earned his 25th No. 1on the Billboard Blues Album Chart, with his latest studio album Time Clocks.

Cited by Guitar World as “arguably the world’s biggest blues guitarist,”Bonamassa is known for taking risks and venturing into uncharted territory throughout his wide-ranging career, and his latest studio album Time Clocks marks his most raw, rocking album yet, with American Songwriter sharing, “Bonamassa pushes into fresh territory while staying within a blues-based framework,” and “there is more than enough proof in this sprawling set that Bonamassa doesn’t intend to rest on his laurels or take his star status in the blues-rock genre for granted.”

Bonamassa earned his third GRAMMY nomination with 2020’s Royal Tea, recorded at the legendary Abbey Road Studios and bringing Bonamassa full circle: reconnecting the guitar-slinging kid who stumbled across the best of British-blues in his dad’s vinyl collection to the player he is today. That same year, Bonamassa delivered a groundbreaking live performance from the legendary Ryman Auditorium in Nashville, where he played Royal Tea in its entirety to over tens of thousands of people across the globe via livestream, recording the full set for the live concert film and album Now Serving: Royal Tea Live From The Ryman, released in 2021. 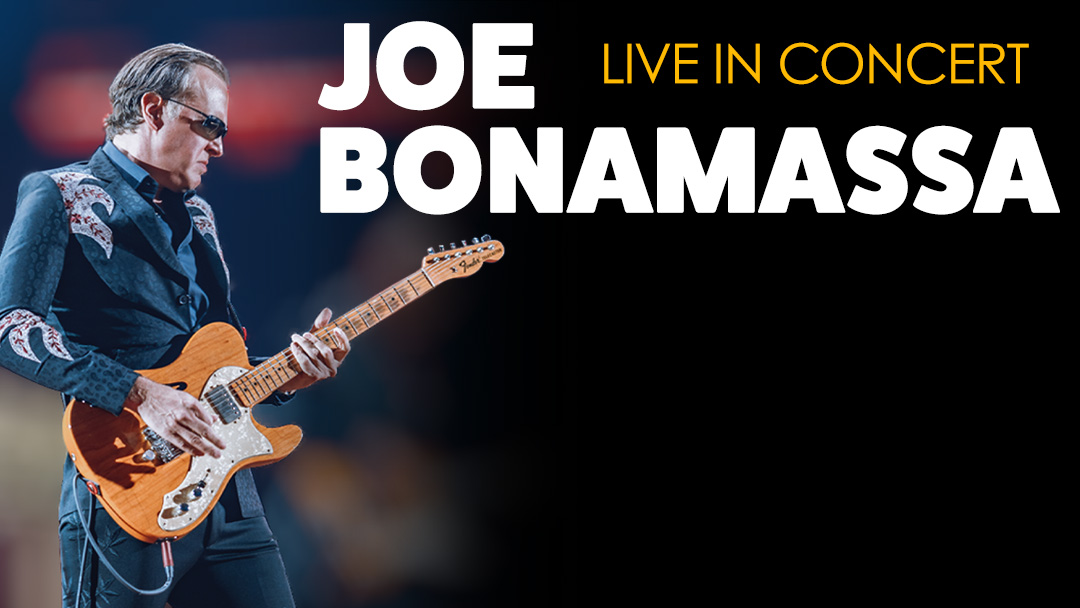