The original Jersey boy himself, Frankie Valli is a true American legend. His incredible career with the Four Seasons, as well as his solo success, has spawned countless hits ingles. With unforgettable tunes like “Sherry,” “Walk Like A Man,” “Big Girls Don’t Cry,” “Rag Doll,” “December ‘63 - Oh What A Night,” “Can’t Take My Eyes Off of You,” and of course, “Grease.” His songs have been omnipresent in other iconic movies such as The Deer Hunter, Dirty Dancing, Mrs. Doubtfire, Conspiracy Theory and The Wanderers. As many as 200 artists have done cover versions of Frankie’s “Can’t Take My Eyes Off You,” from Nancy Wilson’s jazz treatment to Lauryn Hill’s hip-hop makeover.

Frankie Valli and the Four Seasons have sold over 100 million records worldwide. They continue to tour throughout the U.S. and abroad to packed houses receiving nightly standing ovations from thrilled fans of multiple generations.

Valli’s long-lasting career has led to the overwhelming success of the Broadway musical JERSEY BOYS, which chronicles Frankie Valli and the Four Seasons incredible career and features all of their greatest hits. 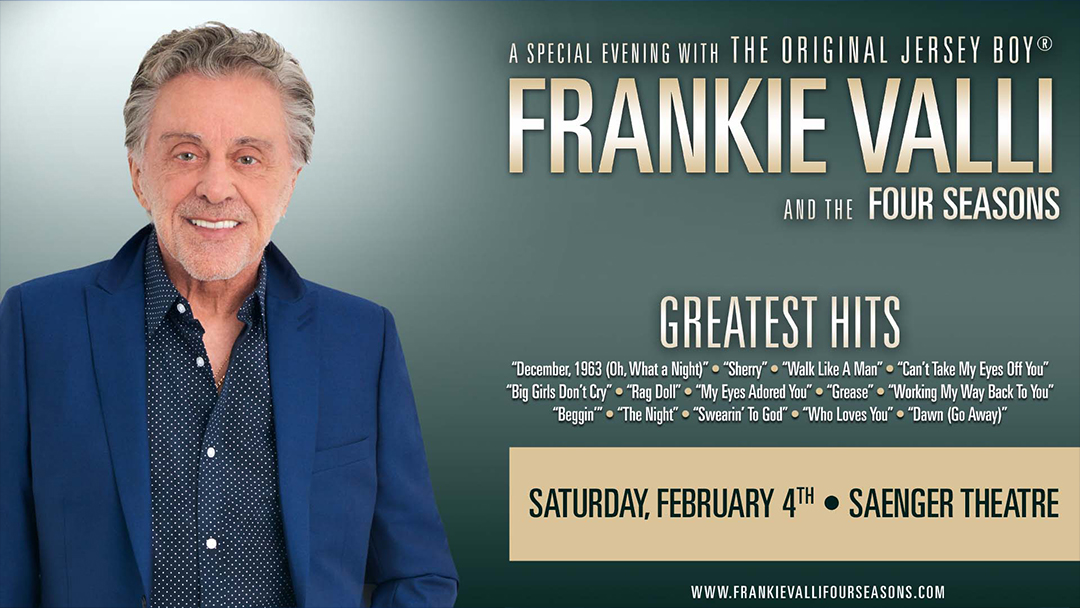