When Dad feels like a little bit of Sunday afternoon time out, Bluey and Bingo have other plans! Join them as they pull out all of the games and cleverness at their disposal to get Dad off that bean bag. Bluey’s Big Play is a brand-new theatrical adaptation of the Emmy® award-winning children’s television series, with an original story by Bluey creator Joe Brumm, and new music by Bluey composer, Joff Bush. Join the Heelers in their first live theatre show made just for you, featuring brilliantly created puppets, this is Bluey as you’ve never seen it before, brought to real life. Bluey’s Big Play is presented by BBC Studios and Andrew Kay in association with Windmill Theatre Co. 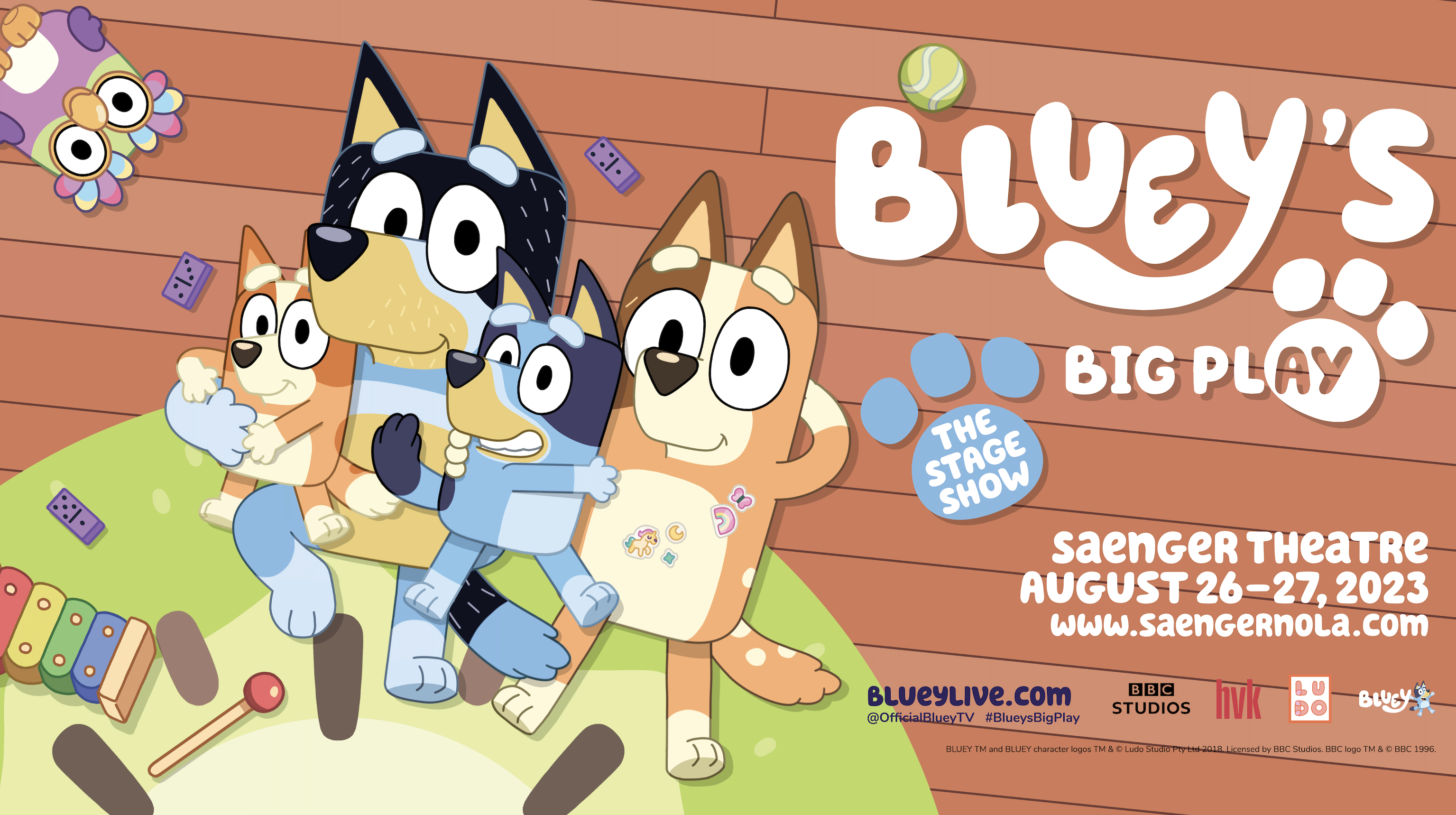